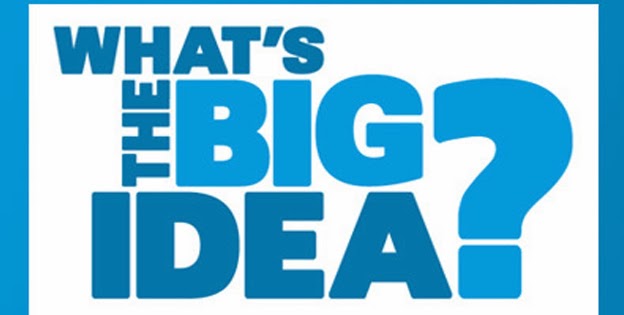 Ever wonder, "What is your point? What are you actually trying to say?"

Imagine I'm preparing a sermon... Hopefully I'm working on a chapter or two of the Bible or at least at decent-sized chunk - the story or argument or poem or vision. Hopefully I've read the context all around it too, even the whole book or letter. Now - here's the test - can I sum up the whole passage in 8-15 words?

It's what's sometimes called the 'Big Idea'; the heart, the core, the punch of the passage. And it’s worth finding it for at least four reasons:
Once we’ve see the Big Idea of the passage we've got the Big Idea of our sermon (or Bible study or children’s talk).  The message of the passage is our message to communicate, its burden is our burden, its ‘punch’ will be the ‘punch’ of our talk.

March 06, 2021
Christopher Ash's Bible Delight is a wonderfully rich, pastorally sensitive exposition of Psalm 119. Taking a section at a time he slows us down to hear the music of grace in the background of what at first listen might sound strident; slows us down to dig up beautiful gems in apparently unpromising ground; slows us down to take in the nuances and carefulness of what might at first sight seem thrown together. If you haven't got a copy, check it out - it'll do your soul good.  I recently read through Bible Delight a second (or maybe third) time and did a series of 22 little audios for my church small group. In this strange lockdown time many of us have been finding it hard to concentrate, hard to read more than a sentence, hard to pray. So this was intended as bitesize encouragement a few times a week. The format is simple: I read the section of Psalm 119 (almost always using Christopher Ash's own translation of the Hebrew); spend two or three minutes going through the
Post a Comment
Read more