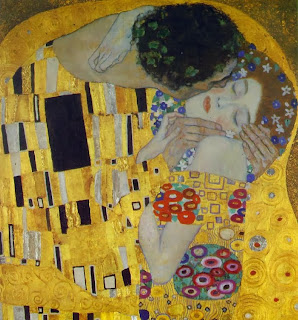 There seem to be two extreme positions on interpreting the Song of Songs in our context – either it’s purely about Christ and the Church, or it is purely about human relationships. And the second of these seems to be much more common. And perhaps more common than either is a reluctance to even attempt to preach from the book.

And then the other day I was reading a Christian book on marriage when the author suddenly felt the need to argue strongly at some length against the idea that the Song of Songs can be interpreted allegorically of Christ and the Church. So maybe it’s worth going through the key arguments the author made there against what is the traditional interpretation through church history that the Song is primarily to be taken as referring to the relationship between Christ and the Church.

1. The topic of the Song of Songs is obviously sex. Solomon is plainly writing about human, romantic relationships. That is his theme. Not Christ and the Church. In answer: That’s a fair observation. The plain literal reading is a story about a man and a woman (or more likely on a literal reading two men and a woman) and their relationship. But then the plain literal reading of Psalm 22 is that David is surrounded by bulls and dogs. The point is, what if it is metaphor that isn’t waving a big flag saying “I’m a metaphor”? In Psalm 22 the surface topic is wild animals but the referent is David’s human enemies, and the subject/message of the whole metaphor (which cannot really be reduced to non-metaphorical language, hence the importance of the metaphor) is a graphic portrayal of the ferocious, powerful, merciless, terrifying assault of enemies. So it would be quite possible to say that the surface topic / plain reading of the Song of Songs is human romantic/sexual relationships and yet the referents are Christ and the Church and the real subject/theme is a beautiful expression of that tender, intimate relationship.


Here’s some great stuff on the Song:

March 06, 2021
Christopher Ash's Bible Delight is a wonderfully rich, pastorally sensitive exposition of Psalm 119. Taking a section at a time he slows us down to hear the music of grace in the background of what at first listen might sound strident; slows us down to dig up beautiful gems in apparently unpromising ground; slows us down to take in the nuances and carefulness of what might at first sight seem thrown together. If you haven't got a copy, check it out - it'll do your soul good.  I recently read through Bible Delight a second (or maybe third) time and did a series of 22 little audios for my church small group. In this strange lockdown time many of us have been finding it hard to concentrate, hard to read more than a sentence, hard to pray. So this was intended as bitesize encouragement a few times a week. The format is simple: I read the section of Psalm 119 (almost always using Christopher Ash's own translation of the Hebrew); spend two or three minutes going through the
Post a Comment
Read more